We’ve all heard the saying that the eyes are the windows to the soul, however for some reason eyes need to be large and framed with long, thick false lashes. Larger eyes are associated with both youthfulness and higher levels of estrogen, which means they’re an indicator of fertility (not sure if there is truth in this, sometimes you need to take stuff with a pinch of salt).

The History of False Lashes

In saying this it seems History tells us that we find big eyes attractive and this means that we love big, fluffy eyelashes because they make our eyes bigger! It is also possible that eyes are one of the things most looked at – I think this is especially true now with everyone wearing masks. And because we know that our eyes are going to be looked at we make them stand out with long gorgeous lashes.

The Evolution of Lashes – where did it start?

Styling as in thickening or making them appear darker can be traced back to Ancient Egypt – coating them in everything from charcoal to berry juice. The first commercially-produced mascara came along during the Victorian era, invented by Queen Victoria’s perfumer Eugène Rimmel. This mascara was a mixture of Vaseline and coal dust and was sold as solid cake along with a toothbrush-like brush to apply it. The product was revolutionary at the time, and the company that sold it still exists today – Rimmel cosmetics. I am sure that they are no longer using coal though (wink wink).

In life it is said so many times ‘no pain no gain’ but seriously the sound of what people went through for larger than life eyes – gives me goosebumps (and I gave birth to 3 children). The earliest false lashes were semi permanent and originally hair was removed from your head and then sewn repeatedly through the eyelid to leave a line of loops, and finally, the loops snipped open to form lashes.

In 1911, Canadian Anna Taylor filed the first patent for strips of temporary, glue-on lashes made from hair (presumably human hair, although the patent doesn’t specify).

And in 1916, similar strip lashes appeared on film for the first time when director David W. Griffith got the film’s wig-maker to DIY some long false lashes from gauze and human hair, and glue them to the actress’ eyelids.

3. The transition from human animal hair to synthetic fiber

Mark the date – Vogue began advertising false eyelashes in the 1930s, but it was the 1950s when they really took off. Not only were Hollywood starlets flaunting them on screen, but this was also the decade when synthetic eyelashes were introduced, Early synthetic lashes might not have looked as natural as ones made from hair, but when the 1960s rolled around soon after, that didn’t matter: supermodel Twiggy is famous for her long, spiky, obviously-fake lashes, and everyone wanted to copy that look.

Glamore Cosmetics ONLY sells lashes which are made from synthetic fibers that are cruelty free. To read about why we choose cruety free products please read my latest blog post. Currently they have quite a few styles and even colored false lashes. We currently have 4 different shades and this photo from Shannin showcases the shade Electric Blue lashes.

Trust me when I tell you this is one of the hardest things about makeup (other than winged liner) – in fact many try and try and never get it right so they resort to lash extensions (which to be fair is much easier but very expensive). So here are out 10 pro tips and I really hope that they help you.

Surprise – do you know Warren?

If you don’t know Warren yet go find him on Instagram – aka LASH QUEEN and here is a short video from him showing us his tips and tricks on how to apply false lashes.

3. Gently remove the lashes from the box

4. Bend them before applying them to the eye so you can see how much you need to trim off

5. At this point some people apply a thin layer of liquid eye liner to your eye

6. Whilst the eye liner is drying apply a thin layer of glue to the lashes

7. Again bend the lashes waiting a minute or two for the glue to get sticky

8. Get a mirror and when applying the lashes look downwards into the mirror

9. Apply the lashes as close to your natural lashes as possible (you can use an applicator or fingers)

10. Press gently holding the glue to the eye so that it can stick

The lash trend is not going away, even though ‘magnetic lashes’ came onto the market fairly quickly and claim to be easier than lashes + lash glue they are not as popular. And so here is my opinion they don’t harm your eyes, they don’t cause lash fall out, they are easily removed – so why not use them? At my next event whether it be a wedding or something special I will be doing the lash thing – hope you will join me?

Have a great week.

I have a PhD in Medical Biochemistry from UCT and has specialized in research fields such as Breast Cancer, Tuberculosis and HIV. I have interacted with the Cosmetics & Fragrance Council of SA which assists with the importing of safe cosmetics into SA.

When hearing the word graphic eyeliner tutorial – other words come to mind Iconic, Beauty Staple, Graphic Eyeliner Look and even Show Stopping. As early as 10,000 BC, women started…

Neon Makeup – you don’t have to be bold! Neon trends from the 80s The 1980s rocked neon makeup colors – pretty much like highlighters. Pink, yellow, green and orange….

How To Apply Makeup (5 Step by Step Guide)

How to apply makeup (step by step) is a continuation of the previous blog post: How to Apply Foundation (for beginners) so it would be awesome if you read it…

(2021 Guide) How to Apply Foundation For Beginners

With so many different brands of foundations available today (and tutorials) – applying the right foundation the right way can be overwhelming – especially as a beginner. With this in… 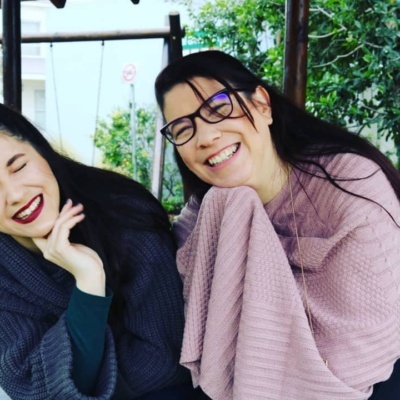 I got my PhD at UCT specializing in the field of Breast Cancer. My interest in Science I think was partly...